Get weekly updates once the new GreenTab is available.

Founded in 1961, The Green Tab has been an Ohio Valley fixture for over 60 years.

With hundreds of FREE TRADING POST and paid CLASSIFIED ADS per week, The Green Tab is your best choice when looking to buy, sell or trade merchandise.

The Green Tab is the premier shopper publication in the Ohio Valley and a preferred advertising choice for businesses in our market.

Locally owned and operated, The Green Tab is an Ohio Valley institution. If you are looking to buy, sell or trade, look to the Green Tab. There’s something in it for you! 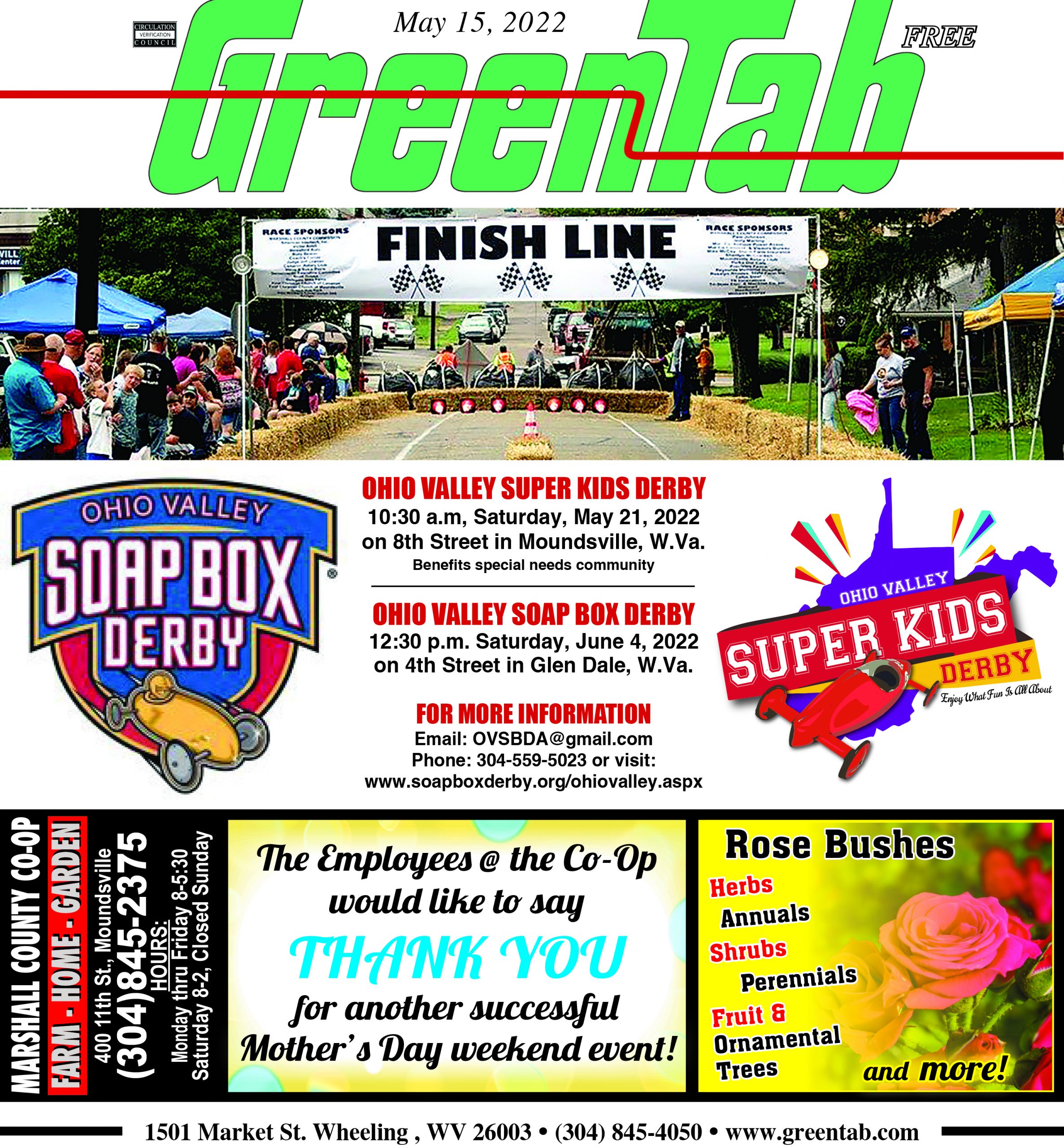 About the Ohio Valley

The northern Ohio Valley, including areas of West Virginia and Ohio, sits astride Interstate 70, a major east-west transportation artery. Our region, through which the majestic Ohio River flows, is within a day’s driving distance of the majority of the nation’s population.

According to the Census Bureau, the 10-county area has about 320,000 residents in 140,159 households. A strong indicator of the economy’s health is the home ownership rate, at as much as 80.8 percent. In none of our counties is the rate lower than the national average.

Retail sales continue to be strong, at nearly $3 billion a year for the region. The strongest employers in the region are health care, manufacturing, retail trade and accommodations and food service. Major companies in the steel, aluminum, coal, power generation and chemical industries are located here.

Major shopping centers and malls dot the region, with a relatively new one, The Highlands in Ohio County, providing to be an important attraction for shoppers, in part because it is the location of a massive Cabela’s store for outdoor enthusiasts.

In terms of health care, the region is well served, with two major hospitals in Wheeling and smaller, high-quality hospitals in other cities.

Higher education is one of the region's strong points. Eight colleges and universities, including some that have achieved national recognition, are located here.

Cultural and recreational opportunities abound in the northern Ohio Valley. Wheeling is home to Oglebay Park, a municipal recreation area larger and with more facilities than New York City’s Central Park. The park also hosts the annual holiday Festival of Lights, which attracts visitors from throughout the Eastern United States and Canada. The Wheeling Symphony Orchestra performs in the newly renovated Capitol Theatre. Restored Victorian-era Homes in Wheeling are open for tours. State parks and other recreational areas, including the Mound Museum in Moundsville, attract tens of thousands of visitors each year. The annual Jamboree in the Hills festival Brings an estimated 100,000 country music enthusiasts each year. Other annual events focus on blues music, Dean Martin (a native of Steubenville), ethnic celebrations, boat racing, the oil and gas industry, apples (the Grimes Golden variety was found here in 1804), old-fashioned sternwheel riverboats, and history (the last battle of the American Revolution was fought at Fort Henry in Wheeling), among other interests. The now-closed 19th century prison in Moundsville is a tourist attraction, as well as the site of an internationally known law enforcement training exercise.

Our region’s quality of life continues to prove attractive to nearly a third of a million residents. Its economy has proven resilient and strong, offering many excellent marketing opportunities.